Selecting your next aircraft can be a challenging task.  Speed, fuel consumption, purchase price, insurance expense, maintenance costs, cabin size, range, vintage, avionics, light sport category, high wing vs. low wing, aluminum, fabric, or composite construction are just a few factors that enter into the equation. Most pilots seem to migrate to aircraft make and models that they initially trained in. It’s uncommon to find a pilot purchase a Piper Cherokee after completing all their training in a Cessna Skyhawk for example.

When considering speed issues, fuel consumption usually determines a buyer’s direction on aircraft selection. Mooney aircraft are well known for their speed and low fuel consumption but that comes with a compromise; small cabin and minimal baggage area.  A Cessna 182RG has a much larger, more comfortable cabin, but with a significantly higher fuel burn of 40 to 50% vs. a Mooney for similar speeds for example.

Aircraft maintenance costs are usually higher on older aircraft, but their initial purchase cost is significantly lower that late model equivalents.  Composite aircraft are not prone to the adverse effects of corrosion when compared to aluminum manufactured aircraft but again, are much costlier to purchase.  Composite aircraft are more susceptible to UV ray damage over a long period of time if left out in the sun so a hangar is strongly recommended.

Avionics and flight instrumentation is another major consideration.  Aircraft produced prior to 2000 all have the industry prior standard “steam gauges” while newer aircraft have multi-function displays, touch screens, new generation GPS units with exceptional situation awareness.  To upgrade older aircraft to the latest avionics technology is a costly venture, in some instances, may cost more than the initial purchase price of the aircraft.

It is wise to speak with as many current and past aircraft owners to get their candid opinions and thoughts as to which aircraft they recommend or suggest to stay away from.  There are many quality general aviation magazines that also regularly have articles on various airplane performance and maintenance issues. Buyers can also spend time searching the internet for aircraft information.  Choosing the right aircraft to meet your piloting skill level, budget, and performance requirements may be time consuming but rewarding in the end!  The good news is, after you have determined which aircraft you want to purchase, the aircraft loan process is easy with Banterra Aircraft Finance.
Posted by Unknown at 4:43 PM

Email ThisBlogThis!Share to TwitterShare to FacebookShare to Pinterest
Labels: Choosing An Aircraft 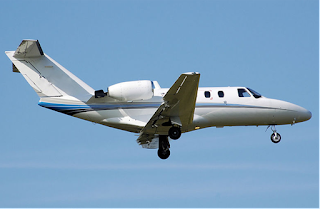 When considering a source to finance your next aircraft purchase, it is highly recommended that you select a lender with aviation financing expertise.  Lenders that specialize in aircraft financing can best guide you through the credit, appraisal, title, escrow, and closing processes.  If an aircraft has not yet been selected, you can obtain a credit pre-approval, subject to final review and collateral valuation.

The first step is to gather up pertinent credit information for the underwriter. Generally the most recent two years Federal 1040 and Business Tax Returns with all schedules, a current Personal Financial Statement, and liquidity verification (recent bank/brokerage summary statements) is all you’ll need in addition to completing the lender’s Credit Application.  An airplane specification/listing sheet should also be supplied in the event an aircraft has been selected.
Underwriters review tax returns for verification of income, consistency and trends, and need the schedules to add back depreciation and carry over losses for example.  Liquidity (cash reserves) as stated on the Personal Financial Statement are verified to confirm that the applicant can meet all “global debt service”, including the aircraft monthly obligation with reasonable reserves after the down payment has been made.  Lenders look at debt to income ratios and obtain numbers from both what was stated on the Personal Financial Statement and what is indicated on the applicant’s credit bureau.
The collateral is also a major consideration when reviewing credit applications for approval.  Financial Institutions use the AircraftBluebook and V-Ref Price Guide as their primary source for values. Aircraft with damage history, missing maintenance logbooks, in poor cosmetic condition, or with high time or run out engine(s) are harder to process than aircraft without any of those types of issues.
FAA documentation includes an original signature FAA Bill of Sale be in escrow at an industry recognized title and escrow company in Oklahoma City, OK along with an original signature FAA Form 8050-1 “Aircraft Registration Application” and any original applicable lien release(s).  The FAA Bill of Sale is produced by the Seller and the 8050-1 Aircraft Registration Application is signed by the buyer, who then keeps rear pink copy as the temporary registration until the FAA sends a post card hard copy to them.  The lender sends a Security Agreement to the buyer for signature and return to the title company also.  Once the title company confirms they are in receipt of all FAA documents, then funds are wire transferred for the closing.

For more information on financing an aircraft, go to www.BanterraAviation.com.
Posted by Unknown at 3:16 PM